Auswell Energy explores some tips to make the most of your solar panels this winter.

The average household tends to use more energy during winter, but solar panels produce significantly less energy. This can increase the amount of energy you draw from the grid and ultimately increase your energy bill.

Cold temperatures don’t affect solar panel performance; the short winter days are what affect solar energy output. June is the worst month for solar energy output because of the winter solstice. The winter solstice is the shortest day of the year, and it typically takes place on the 22nd of June in Australia. Because the sun rises so late and sets so early, your solar panels will receive less sunlight which is why solar panels produce less energy.

Winter, however, are some of the best months for solar panel performance because solar panels perform better in cooler temperatures.

The simplest way to combat the lower energy production is to install more solar panels. A 6.6kW system in Brisbane will output 20.2kWh during winter, whereas in wither it will generate about 26.4kWh during summer. This output can be increased by converting to a 10kW system. The viability of this tip relies on the amount of space you have on your roof.

SWITCH TO SOLAR & SAVE

Take control of your power bill and save! Contact us today for a Free Quote
Contact Us

How much can you save with solar? Use our Solar Savings Calculator.

Solar batteries can store excess energy produced by your solar panels, allowing you to use solar energy when there’s little to no energy production. This can help reduce the amount of energy you draw from the grid.

Learn more about the benefits of having solar batteries installed, read our post: Solar Batteries: Are They Worth It?

3. Increase the tilt of the panels

4. Improve the thermal comfort of your home

Although you could upgrade your house’s building envelope and/or specifications, it is costly and time-consuming and not a viable option for everyone. But there are some simple things you can do to keep your house warm during winter:

For more information on seasons’ effects on your solar system, read our previous post How the Change in Season will Affect your Solar System

Our trusted experts will be able to support you in everything electrical, while offering trusted, lifetime advice. If you’re searching for general support or you have questions or considering solar panels, please contact Auswell Energy today!

We have quality solar panels available that will stand the test of time. Call us on 1300 287 955 or email us at info@auswellenergy.com.au today. No matter your query, our team will be able to support you.

ALSO READ: Make the Most of Your Solar Panels with These 5 Tips

Get in contact with Auswell Energy for a FREE consultation today! Just call us on 1300 287 955 or send us your enquiries through our contact form. 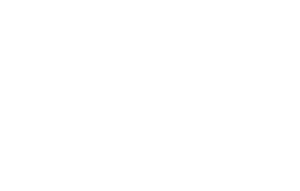 Enter the draw to win!